A must-read article in Naharnet.com about start-ups in Lebanon. Instabeat is featured among them! We are so proud! 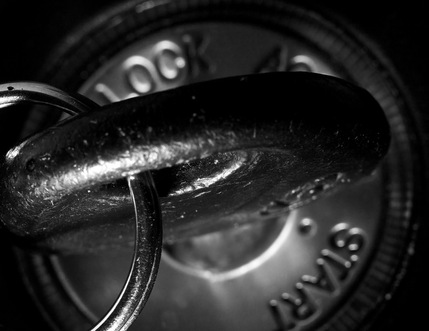 This column is part two of the Seeqnce start of year series on Entrepreneurship in Lebanon. In this column, we look back at some startup stories of 2012.

2012 was a difficult year for Lebanon’s entrepreneurs. On the one hand there was a steady buildup and growth in the sector in the preceding years and the sector seemed poised to leap forward. Yet socio-politically, it was a difficult year. Strikes, demonstrations and road closures were the backdrop to increasing political tensions, and the Syrian crisis weighed heavily on the country.

In spite of this, Lebanon’s entrepreneurs still found a way to shine through.

One great example is the Seeqnce Accelerator Program’s 8 Startups, founded in October 2012, all of which have released multiple iterations of their products, and some of which started generating revenues within two months of founding. 8 startups created in one day, employing scores of talented people creating impressive businesses: so 2012 wasn’t all bad news, then?

In fact, many other startups and entrepreneurs kept working hard through the turmoil, and achieving great things by any measure, let alone through what should have been a crisis year.

Below are just 5 of the more interesting success stories to come out of the country in 2012, presented in alphabetical order. If you feel we missed any, feel free to comment below.

Anghami is a music app that offers you unlimited Arabic & International music to stream and download. It is available right now on iPhone, Android, Blackberry and Nokia, with an ever-growing repertoire of music available.

The startup raised USD 1M from Middle East Venture Partners in 2012, and launched its apps in October of that year.

Following US-based Pandora’s model, Anghami allows you to download the app and listen to music via streaming and/or download. While the service is free for now, it will eventually switch over to a paid model in due course – so catch it while it’s still free. You can find Anghami in the various app stores.

At7addak is an online gaming network, that helps gamers across various platforms connect.

Although founded in 2011, 2012 was a great year for at7addak. Despite its service being free, the company generated over 700,000 USD of revenues through partnerships, sponsorships and advertising, and was selected by NGO Endeavor for entry into its entrepreneurship program. If at7addak can maintain this momentum, 2013 should prove to be an interesting year for the startup.

Cinemoz, which styles itself as the Hulu of the Arab world, has formally launched its service in July 2012. In its first month of operations, the site hosted 500,000 unique visitors; its has since hit the magical 1M users per month mark – quite an achievement.

With its access to huge libraries of Arabic video content thanks to strategic partnerships with the leading content owners and creators of the region, Cinemoz has a promising year ahead.

But perhaps the key to its success is the Cinemoz team’s obsession with maintaining a quality, premium experience. As its Founder and CEO, Karim Safieddine, puts it: “[t]he Arab users have been underestimated for too long. What we proudly proved with Cinemoz is that, when provided with a premium experience and services that are relevant to the region’s aspirations and specificity, you create lifelong customers.”

Game Cooks was founded in 2012 by Lebnan and Arz Nader, both part of the team behind blockbuster game Birdy Nam Nam.

The company released two games in 2012, Run for Peace, a platform game where a character named Salim runs through various levels set in the Middle East to spread the message of peace; and Deja Vu, a classic memory-matching game.

Both games carry the Game Cooks signature elements: fun graphics and sounds, and engaging gameplay. Both games are available on iOS through the App Store.

Instabeat, founded by Hind Hobeika, is a heart-rate monitor for swimmers, that mounts on your swimming goggles’ strap and gives you instant feedback on your heart-rate through a heads-up display system. Swimmers can now know they are operating at the optimal heart-rate without stopping or slowing down to look at their watch. Think of it as a sort of basic, underwater Google Glass…

Instabeat comes at the perfect time for the “quantified self” movement’s rise. What is perhaps most interesting, though, is the fact that Hobeika’s is a hardware startup; it is great to see entrepreneurs innovating in production and manufacturing startups based in Lebanon. You can pre-order your own Instabeats now from their website.

While this article’s focus is on Lebanese startups primarily based in Lebanon, there are many startups founded by Lebanese people achieving great things outside of Lebanon as well. Some of these include: Freshgrad, Justmap.it, Nabbesh and Pave, to name but a few.

And Much, Much More

There are many more great startups that were founded or achieved great things in 2012 in or from Lebanon.

While 2013 is not looking to be any better in terms of socio-political stability, we are confident that Lebanon’s startup ecosystem will rise to the challenge, and push out some great success stories. Watch this space!

Join the discussion: did you try any of the products from these startups? Do you know of another Lebanese startup that was not mentioned?

The Entrepreneurship Section is curated and edited by Seeqnce, a Beirut-based internet startup accelerator.

Instabeat Is Google Glass and Nike FuelBand for Swimmers